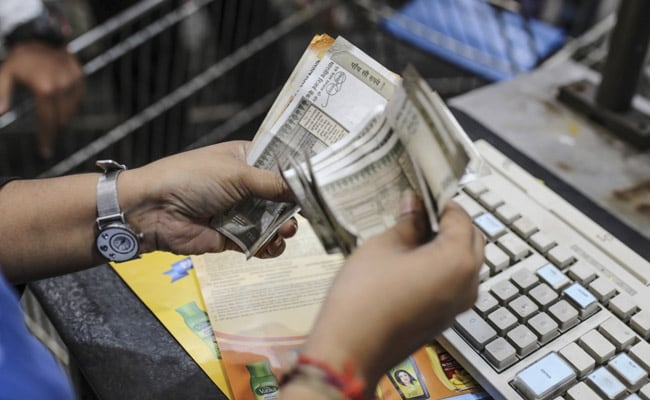 Rupee News: Rupee continues to break 78 mark for second day in a row

Dollar rupee rate: The rupee is continuously deteriorating against the dollar with a record drop. The Indian currency stopped at a historic low of Rs 78.03 on Tuesday evening. However, experts are also speculating that due to the continued strengthening of the Dollar, the Rupee may reach 80. The Rupee had reached 78.28 at one point on Tuesday, but later improved slightly. On Tuesday, the rupiah closed at 78.03 to the dollar, coming off a historic low against the U.S. dollar in the forex market. Anuj Gupta, economic affairs expert and vice president of IIFL Securities, said the he monotonous domestic business environment, crude oil prices and the continued withdrawal of foreign capital from the market also affected the sentiment of the rupee. The rupiah opened at 78.02 against the dollar on Tuesday and late in the session the rupiah rose only one step to 78.03 from its previous close. On Monday, the rupee had closed down 11 paise to its all-time low of Rs 78.04 to the dollar.

1. Inflation in America hit 8.6%, breaking a 40-year high. In such a situation, there is every chance of raising interest rates at the US central bank meeting of the Federal Reserve on Wednesday, which strengthened the dollar. Not only the Rupee, the Japanese Yen and the Euro also fell.
2. Due to the continuous selling of foreign institutional investors in the stock market, the Rupee is also under pressure and continuously weakening. There is also a decline in the stock market for the third day in a row and the market has hit a 10-month low. The stock market closed at 52,693 points, the lowest level since July 30, 2021. The same was true for Asian markets.
3. The Reserve Bank has forecast inflation to remain at a higher level this fiscal year due to higher crude oil prices. The market sentiment created because of this also hurt the Indian currency.
4. Foreign exchange reserves have also fallen continuously since last week, due to which the Rupee is also plunging.
5. Besides crude oil, commodity market volatility also persists after three months of Russian-Ukrainian war. For this reason, the prices of iron, nickel, steel and other raw materials touch the sky. this sign too

How does this affect the common man?

1. Imported equipment, gadgets and other goods can become expensive due to falling rupiah. For this reason, the rates for television, refrigerator, mobile, air conditioning and other electronic equipment may increase.
2. The cost of essential services like overseas travel, studying at a foreign university may also increase. Even if you stay abroad for a while, you will have to lose more pockets to live and feed yourself.
3. The cost of vital drugs and medical equipment from abroad may also increase. In the long run, this may turn out to be an increase in the cost of treatment.
4. Imported edible oils and pulses could also be affected by the falling rupiah and inflation could also increase in these countries.

Video: News from the news: Is the bulldozer being used against the same community?

No comments to show.

You may have missed

06/20/2022
Indian team schedule: The battle will be away, not at home! Here is Team India’s schedule for the next 6 months

06/20/2022
New Maruti Brezza reservations open: with 6 airbags and a hybrid engine to be launched on June 30, will compete with Kia Sonnet and Venue

New Maruti Brezza reservations open: with 6 airbags and a hybrid engine to be launched on June 30, will compete with Kia Sonnet and Venue

My story: My brother-in-law sends me dirty messages and I want to expose them, what should I do?

06/20/2022
We use cookies on our website to give you the most relevant experience by remembering your preferences and repeat visits. By clicking “Accept All”, you consent to the use of ALL the cookies. However, you may visit "Cookie Settings" to provide a controlled consent.
Cookie SettingsAccept All
Manage consent

This website uses cookies to improve your experience while you navigate through the website. Out of these, the cookies that are categorized as necessary are stored on your browser as they are essential for the working of basic functionalities of the website. We also use third-party cookies that help us analyze and understand how you use this website. These cookies will be stored in your browser only with your consent. You also have the option to opt-out of these cookies. But opting out of some of these cookies may affect your browsing experience.
Necessary Always Enabled
Necessary cookies are absolutely essential for the website to function properly. These cookies ensure basic functionalities and security features of the website, anonymously.
Functional
Functional cookies help to perform certain functionalities like sharing the content of the website on social media platforms, collect feedbacks, and other third-party features.
Performance
Performance cookies are used to understand and analyze the key performance indexes of the website which helps in delivering a better user experience for the visitors.
Analytics
Analytical cookies are used to understand how visitors interact with the website. These cookies help provide information on metrics the number of visitors, bounce rate, traffic source, etc.
Advertisement
Advertisement cookies are used to provide visitors with relevant ads and marketing campaigns. These cookies track visitors across websites and collect information to provide customized ads.
Others
Other uncategorized cookies are those that are being analyzed and have not been classified into a category as yet.
SAVE & ACCEPT
Go to mobile version